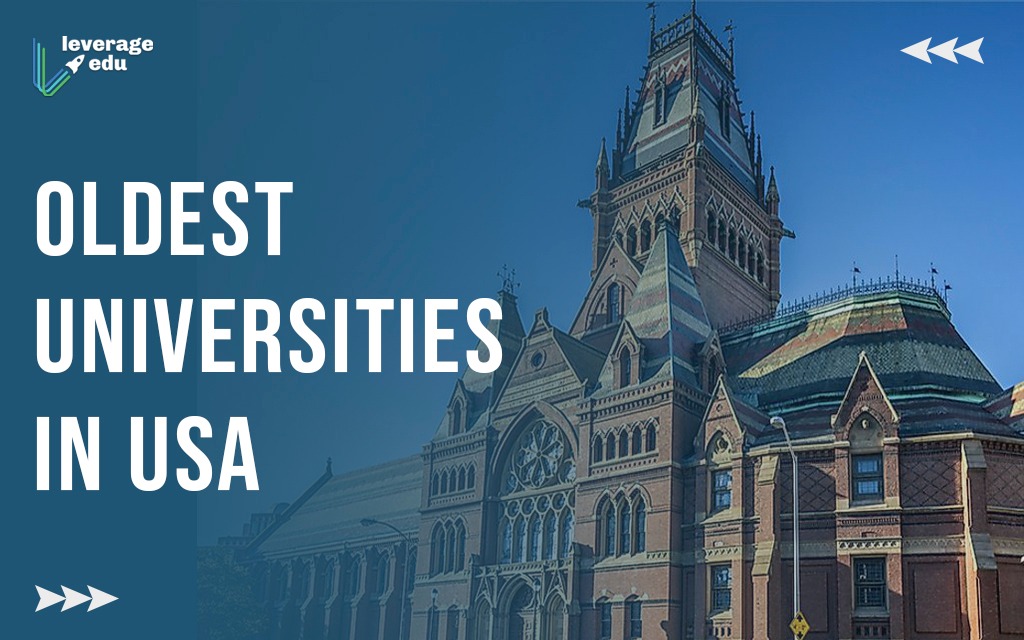 Did you know one of the oldest universities in USA has banned commercial filming on campus? In  1970, commercial shooting or photography was forbidden because it diverted students from their studies. The USA has the largest economy, an excellent education system, and cultural significance in the world. The USA tops the list of every student aspiring to study abroad. It is home to some of the finest and oldest universities in the world that has been churning out leaders, artists and influential figures for ages. From the first African American president of US to the world’s richest person on the planet, let’s find out who was part of the top 10 oldest universities in USA.

The College of William and Mary

Founded in 1696, this is the third oldest college in the United States. Great books and meaningful discussions are crucial to students’ development as critical thinkers and articulate professionals who live boldly and naturally. The Liberal Arts and Sciences Programs, as well as the great books curriculum, are the most well-known aspects of the United States’ oldest college. One of the oldest colleges in the United States has a 54 % acceptance rate. However, to be considered, your high school GPA must be 3.4 on a 4.0 scale, indicating that you are an above-average student. International students can apply for financial aid in the form of scholarships, grants, loans, and campus employment at the United States’ oldest college. However, the College will not be able to meet 100% of the demonstrated financial need. Salvatore Scibona, Warren Winiarski, and Francis Scott Key are among the notable alumni of oldest universities in USA.

This is a private Ivy League research university that was founded in 1701. Yale is dedicated to improving the world today and for future generations by conducting world-class research and scholarship, as well as providing excellent education, preservation, and practice. In 2019, there were almost 13,500 students enrolled at Yale, with more women than men. The Yale Golf Course is located on 260 acres of campus, which includes 500 acres of athletic facilities. The oldest university in the United States has a 6.5 %overall acceptance rate. It received about 37,000 applications in 2019. To be accepted, your high school GPA must be 4.13, and if it is less, it must be compensated with an even higher SAT/ACT score. At the United States’ oldest university, international students are equally eligible for need-based and need-blind financial aid.

The term “need-blind” refers to a university’s policy of admitting students who demonstrate promise regardless of their financial ability to pay for their education. George H.W. Bush, Hillary Rodham Clinton, and Meryl Streep are among the notable alumni of America’s oldest university. This is one of the most popular universities in USA is well known for its programs in:

This university was founded in 1740 and is a private Ivy League institution. It has a long and illustrious history of intellectual rigour and a search for new knowledge. It is known for allowing interdisciplinary education, which means that a student can pursue multiple joint degree programs from any of the Penn schools — it has a “one university” policy. The university has 4,722 teaching members, a student-faculty ratio of 6:1, and 4,859 international students on a campus that spans 299 acres in a city setting. The overall acceptance rate for America’s oldest university is around 7.7%. In 2019, it received about 44,961 applications, with 3,446 being accepted. With a 3.9 GPA in high school, you have a good chance of being accepted. International students can apply for need-based aid. Students with demonstrated financial need are eligible for a grant-based package that lasts eight semesters/four years. William Henry Harrison, Noam Chomsky, and Elon Musk are among the notable alumni of America’s oldest university. This is among the oldest universities in USA is well known for its programs in:

The sixth-oldest college in the United States is this private institution. Established in 1742, Moravians believed that education should be eye-opening, heart-racing, game-changing, and fun. It Was The First College To Educate Women, Making It A Trendsetter. In 2019, 3446 students attended this university’s two campuses. The overall acceptance rate at the United States’ oldest college is around 73 %. The college accepts students who have a 3.54-grade point average in high school. Financial aid is received by 99 %of students in some form or another. Each year, the College awards more than $40 million in merit and need-based grants and scholarships. Alumni who generously donate to the college also help with financial aid funding. John Andretti, David Zinczenko, and John B.Callahan are among the notable alumni of America’s oldest university.

It is a public research university that was founded in 1743 and is ranked among the top 50 colleges in the United States. The quality of education provided here is attested to by the alumni of this prestigious university. Three signers of the Declaration of Independence, one signer of the Constitution, a Nobel Laureate, a Tony Award-winning choreographer, and a former Vice President of the United States are among the alumni.The oldest university in the United States has a 62 % overall acceptance rate. Your chances of being accepted are good if you have a 3.5 GPA in high school. All Scholarships Are Open To International Students. The University awards $5,000(368,237.5 INR) to $18,000 (1,325,655 INR)per year, and you must have a 3.0 GPA to be eligible. Joe Biden, Chris Christie, and Joe Flacco are among the notable alumni of America’s oldest university. Some of the famous courses offered by the oldest university of USA are:

While Princeton is one of the oldest universities in USA, it is also one of the Ivy League’s “big three.” The University covers 500 acres and is about an hour’s drive from both New York and Philadelphia. Approximately 8213 students attend this thriving university, where learning is aimed at serving the nation and humanity. Princetonians, on the whole, make a positive impact on society. World-renowned scholars make up the faculty, inspiring students to become responsible thinkers. The overall acceptance rate for America’s oldest university is around 7%. To be accepted, you must have an extremely high GPA of 3.87 on a 4.0 scale in high school. International students, like students in the United States, can apply for need-based aid. Princeton does not offer any academic or athletic merit scholarships, so all financial aid is need-based. Jeff Bezos, Woodrow Wilson, and Michelle Obama are all notable alumni of the United States’ oldest university.

This private liberal arts university was founded in 1749 and are the United States’ ninth oldest university. As one of the country’s oldest colleges, Wlu believes in training students to be well-rounded, intellectually curious, and civically involved citizens. On its magnificent 325-acre campus situated in the Western Virginia mountains, Wlu boasts 2160 students. The presence of National Historic Landmark-designated structures adds to the grandeur of the campus. The overall acceptance rate for the United States’ oldest university is around 21%. To be accepted, you must be a class leader with excellent grades and a high school GPA of 3.87 on a 4.0 scale. International students are eligible for need-based grants, which the university awards for all four years of study. Only in the first year will you be required to provide documentation as proof of financial need; nevertheless, you will only be eligible for the grant if you apply for it in the first year. Kaylee Hartung, Kelly Evans, and Marc Short are among the notable alumni of the oldest universities in USA.

Next on the list of oldest universities in USA is Columbia University. King George II of England’s Royal Charter established King’s College in 1754, making it the tenth-oldest university in the United States. It’s a private Ivy League research university spread out across 32 acres in New York City. It provides an academic environment for students who thrive in small classes. In general, 80 % of Columbia’s undergraduate courses had fewer than 20 students. The oldest university in the United States has a 6.1 % overall acceptance rate. To be accepted, you must be a top student in your class and exceptionally bright, with a high school GPA of 4.13. All students, both domestic and international, receive 100% need-based financial aid. With demonstrated financial need, assistance is guaranteed for all four years. This is primarily because the university believes that cost should not be an impediment to obtaining a high-quality education. Warren Buffet, Art Garfunkel, and Isaac Asimov are among the notable alumni of the United States’ oldest university.

How to Become a Dendrologist?

Study in UK for Indian Students after 12th

Comment on Cost of Studying in UK for Indian Students by...

Controversy has continued to trail the results of the 2021 Unified Tertiary Matriculation...

Npower: You Will Not Be Paid If You Applied For Redeployment

NPower Latest News: Please if you are an NPower Batch C applicant and you applied...

NPower Latest News: The role of the State Government in this empowerment programme... 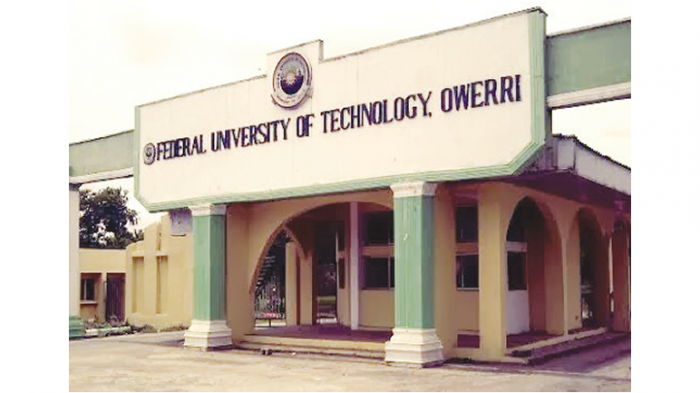 For Old Mutual Tech Talent Graduate Programme 2022: Your time is now to be your... 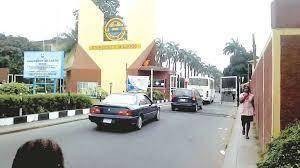 It has come to the notice of Management of the University of Lagos that some unscrupulous...